Recommended books (14)
Travel the world without leaving your chair. The target of the Read Around The World Challenge is to read at least one book written by an author from each and every country in the world. All books that are listed here as part of the "Read Around Asia Challenge" were written by authors from Turkey. Find a great book for the next part of your reading journey around the world from this book list. The following popular books have been recommended so far.

Turkey
Description:
'In the first minute following her death, Tequila Leila's consciousness began to ebb, slowly and steadily, like a tide receding from the shore. Her brain cells, having run out of blood, were now completely deprived of oxygen. But they did not shut down. Not right away . . . ' Our brains stay active for ten minutes after our heart stops beating. For Tequila Leila, each minute brings with it a new memory- growing up with her father and his two wives in a grand old house in a quiet Turkish town; watching the women gossip and wax their legs while the men went to mosque; sneaking cigarettes and Wes... continue
Genre Historical fiction Adult
Tags: Set in TURKEY Female author
Recommended: 27 Jun 2022

A strangeness in my mind by Orhan Pamuk EN

Turkey
Description:
At a family wedding Mevlut catches sight of a girl with whom he falls in love. After a secret courtship of letters passed via his cousin, she agrees to elope with him, and on a dark night the two come together for the first time. As they rush to catch a train to Istanbul, Mevlut realises he has been misled. But the die is cast, and the situation will determine the rest of his days. Over the next four decades in Istanbul, Mevlut works various jobs to support his loving wife and family; work that gives him a special perspective on his rapidly changing city and the people who live there. And ever... continue
Genre Historical fiction
Tags: Set in TURKEY Male author
Recommended: 02 Jan 2023

At the Breakfast Table by Defne Suman EN

Turkey
Description:
Told from four different perspectives, At the Breakfast Table is a story of hidden histories and family secrets, revealing the psychological consequences of the dissolution of the Ottoman Empire.
Genre Historical fiction Cultural
Tags: Set in TURKEY Female author
Recommended: 31 Oct 2022

Turkey
Description:
Traditional Chinese edition of Last Train to Istanbul (Original Turkish title: Nefes Nefese). Disowned by their families, the last of the royal of the Ottoman Empire and a Jewish man married and went to live in France right before WWII. The historical novel is based on a true story and highlights the courageous effort by Turkish diplomats who saved the lives of hundreds of Jews caught in Nazi occupied France. In Chinese. Distributed by Tsai Fong Books, Inc.
Genre Historical
Tags: Female author
Recommended: 02 Sep 2022 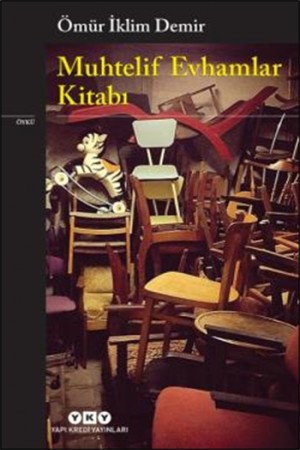 My Name Is Red by Orhan Pamuk EN

Turkey
Description:
** PRE-ORDER NIGHTS OF PLAGUE, THE NEW NOVEL FROM ORHAN PAMUK ** Winner of the Nobel Prize for Literature Winner of the International IMPAC Dublin Award 'Wonderful' The Spectator 'Magnificent' Observer 'Sumptuous' New Yorker 'Unforgettable' Guardian My Name is Red is an unforgettable murder mystery, set amid the splendour of sixteenth century Istanbul, from the Nobel prizewinning author In the late 1590s, the Sultan secretly commissions a great book: a celebration of his life and his empire, to be illuminated by the best artists of the day - in the European manner. At a time of violent fundame... continue
Genre Historical Mystery
Tags: Set in TURKEY Male author
Recommended: 07 Sep 2022

Turkey
Description:
NATIONAL BESTSELLER • Touching, slyly comic, and humming with cerebral suspense—a masterful novel of "political intrigue and philosophy, romance and noir" (Vogue) and the lethal chemistry between secular doubt and Islamic fanaticism from the Nobel Prize winner. An exiled poet named Ka returns to Turkey and travels to the forlorn city of Kars. His ostensible purpose is to report on a wave of suicides among religious girls forbidden to wear their head-scarves. But Ka is also drawn by his memories of the radiant Ipek, now recently divorced. Amid blanketing snowfall and universal suspicion, Ka fin... continue
Genre Historical fiction
Tags: Male author
Recommended: 09 Apr 2022

The Bastard of Istanbul by Elif Shafak EN

Turkey
Description:
A second English-language tale by the author of The Saint of Incipient Insanities finds Turkish teen Asya coming of age under the wing of her tattoo-parlor owner mother and her three aunts, befriending a cousin from America, and discovering a secret that links her family to the 1915 Armenian deportations and massacres.
Genre
Tags: Female author
Recommended: 25 May 2022

The Forty Rules of Love by Elif Shafak EN

Turkey
Description:
Discover the forty rules of love . . . Ella Rubinstein has a husband, three teenage children, and a pleasant home. Everything that should make her confident and fulfilled. Yet there is an emptiness at the heart of Ella's life - an emptiness once filled by love. So when Ella reads a manuscript about the thirteenth-century Sufi poet Rumi and Shams of Tabriz, and his forty rules of life and love, she is shocked out of herself. Turning her back on her family she embarks on a journey to meet the mysterious author of this work. It is a quest infused with Sufi mysticism and verse, taking Ella and us ... continue
Genre
Recommended: 03 Oct 2022

FIND BOOKS FROM TURKEY BY GENRE

FIND BOOKS FROM TURKEY BY LANGUAGE