Recommended books (19)
Travel the world without leaving your chair. The target of the Read Around The World Challenge is to read at least one book written by an author from each and every country in the world. All books that are listed here as part of the Read Around North America Challenge were written by authors from mexico. Find a great book for the next part of your reading journey around the world from this book list. The following popular books have been recommended so far. 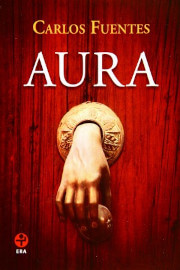 Gods of Jade and Shadow by Silvia Moreno-Garcia EN

Mexico
Description:
The Mayan god of death sends a young woman on a harrowing, life-changing journey in this dark, one-of-a-kind fairy tale inspired by Mexican folklore. "A spellbinding fairy tale rooted in Mexican mythology . . . Gods of Jade and Shadow is a magical fairy tale about identity, freedom, and love, and it's like nothing you've read before."--Bustle NAMED ONE OF THE BEST BOOKS OF THE YEAR BY NPR * Tordotcom * The New York Public Library * BookRiot The Jazz Age is in full swing, but Casiopea Tun is too busy cleaning the floors of her wealthy grandfather's house to listen to any fast tunes. Nevertheles... continue
Genre
Tags: Female author
Recommended: 10 Jun 2022

Mexico
Description:
The English-language debut of one of the most thrilling and accomplished young Mexican writers
Genre Crime
Tags: Set in MEXICO Female author
Recommended: 11 Sep 2022

I'll Sell You a Dog by Juan Pablo Villalobos EN

Mexico
Description:
Everything that can be done to fend off the boredom of retirement and old age, while still holding a beer.
Genre Humor
Tags: Set in MEXICO Male author
Recommended: 07 Apr 2022

Mexico
Description:
The Number One Bestseller In Mexico And America For Almost Two Years, And Subsequently A Bestseller Around The World, Like Water For Chocolate Is A Romantic, Poignant Tale, Touched With Moments Of Magic, Graphic Earthiness, Bittersweet Wit - And Recipes.A Sumptuous Feast Of A Novel, It Relates The Bizarre History Of The All-Female De La Garza Family. Tita, The Youngest Daughter Of The House, Has Been Forbidden To Marry, Condemned By Mexican Tradition To Look After Her Mother Until She Dies. But Tita Falls In Love With Pedro, And He Is Seduced By The Magical Food She Cooks. In Desperation Pedro... continue
Genre
Tags: Female author
Recommended: 04 Jul 2020

Mexico
Description:
NEW YORK TIMES 10 BEST BOOKS OF THE YEAR • “An epic road trip [that also] captures the unruly intimacies of marriage and parenthood ... This is a novel that daylights our common humanity, and challenges us to reconcile our differences.” —The Washington Post In Valeria Luiselli’s fiercely imaginative follow-up to the American Book Award-winning Tell Me How It Ends, an artist couple set out with their two children on a road trip from New York to Arizona in the heat of summer. As the family travels west, the bonds between them begin to fray: a fracture is growing between the parents, one the chil... continue
Genre Travel
Tags: Set in UNITED STATES OF AMERICA Female author
Recommended: 20 Apr 2022

Mexico
Description:
"The acclaimed author of Gods of Jade and Shadow returns with a darkly enchanting reimagining of Gothic fantasy, in which a spirited young woman discovers the haunting secrets of a beautiful old mansion in 1950s Mexico"--
Genre Horror Thriller Mystery
Tags: Set in MEXICO Female author
Recommended: 07 Apr 2022

Mexico
Description:
Deserted villages of rural Mexico, where images and memories of the past linger like unquiet ghosts, haunted the imaginations of the author. In one such village of the mind, Comala, he set his classic novel Pedro Páramo, a dream-like tale that intertwines a man's quest to find his lost father and reclaim his patrimony with the father's obsessive love for a woman who will not be possessed, Susana San Juan.
Genre
Tags: Male author
Recommended: 24 Aug 2022

Pierced by the Sun by Laura Esquivel EN

Mexico
Description:
Lupita's hard-knock life has gotten the better of her time and time again. A childhood robbed of innocence set off a chain of events that she still has not managed to control, no matter how hard she tries. Every time she thinks she has a handle on things, unexpected turns make her question everything, including herself. When Lupita witnesses the murder of a local politician whom she greatly admires, the ghosts of her past resurface as she tries to cope with the present. She quickly falls back into her old self-destructive habits and becomes a target of Mexico's corrupt political machine. As th... continue
Genre
Tags: Female author
Recommended: 10 Feb 2018

Mexico
Description:
Anarchy in Mexico - a comic novel about screwed-up politics and families from the author of 'Down the Rabbit Hole'. Orestes' mother prepares hundreds of quesadillas for Orestes and the rest of their brood. After another fraudulent election and the disappearance of his younger brothers, he takes to the road.
Genre Humor
Tags: Male author
Recommended: 07 Apr 2022

FIND BOOKS FROM MEXICO BY GENRE

FIND BOOKS FROM MEXICO BY LANGUAGE