Recommended books (15)
Travel the world without leaving your chair. The target of the Read Around The World Challenge is to read at least one book written by an author from each and every country in the world. All books that are listed here as part of the "Read Around Europe Challenge" were written by authors from Czech Republic. Find a great book for the next part of your reading journey around the world from this book list. The following popular books have been recommended so far. 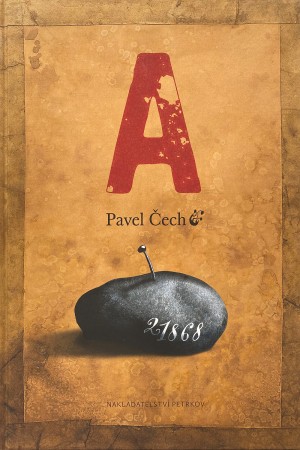 A by Pavel Cech EN

All This Belongs to Me by Petra Hulova, Alex Zucker EN

Czech Republic
Description:
Alta, Zaya, Nara, Oyuna and Dolgorna - a mother, three sisters, and the teenage daughter of one of the sisters - each tell their pieces of the family story, an epic fraught with secrets and betrayals, in All This Belongs to Me, the debut novel of Petra Hulova. All This Belongs to Me transports the reader from Mongolia's harsh, dusty steppe to the clamor and grime of the capital, Ulaanbantar; from nomanic herding and felt tents to brothels and prefab apartment blocks. With a filmic eye and a dead-on ear, Hulova vividly conveys the landscapes and lives of three generations of women. Two of the s... continue
Genre Cultural
Tags: Set in MONGOLIA Female author
Recommended: 03 May 2022

Czech Republic
Description:
Many of the earliest books, particularly those dating back to the 1900s and before, are now extremely scarce and increasingly expensive. We are republishing these classic works in affordable, high quality, modern editions, using the original text and artwork.
Genre
Recommended: 25 Oct 2022

Czech Republic
Description:
The award-winning novel by Czech author Kateřina Tučková--her first to be translated into English--about the fate of one woman and the pursuit of forgiveness in a divided postwar world. 1945. Allied forces liberate Nazi-occupied Brno, Moravia. For Gerta Schnirch, daughter of a Czech mother and a German father aligned with Hitler, it's not deliverance; it's a sentence. She has been branded an enemy of the state. Caught in the changing tides of a war that shattered her family--and her innocence--Gerta must obey the official order: she, along with all ethnic Germans, is to be expelled from Czecho... continue
Genre Historical
Tags: Set in CZECH REPUBLIC Female author
Recommended: 12 Sep 2022

How I Came to Know Fish by Ota Pavel EN

Czech Republic
Description:
How I Came to Know Fish (1974) is Ota Pavel's magical memoir of his childhood in Czechoslovakia. Fishing with his father and his Uncle Prosek � the two finest fishermen in the world � he takes a peaceful pleasure from the rivers and ponds of his country. But when the Nazis invade, his father and two older brothers are sent to concentration camps and Pavel must steal their confiscated fish back from under the noses of the SS to feed his family. With tales of his father�s battle to provide for his family both in wealthy freedom and in terrifying persecution, this is one boy�s passionate and affe... continue
Genre
Tags: Set in CZECH REPUBLIC Male author
Recommended: 05 Dec 2022

I Served the King of England by Bohumil Hrabal EN

Czech Republic
Description:
Czech Holocaust memoirist, literary translator and political exile Heda Margolius Kovly turned her pen to fiction. Inspired by Chandler, Kovaly knit her own terrifying experiences in early 1950s Socialist Prague: her husband's imprisonment and wrongful execution and her own persecution at his disgrace, into a smart and evocative psychological thriller-cum-detective novel. Set in and around a cinema where a murder was recently committed, follows the unfolding of the investigation while telling the stories of the women who work there as ushers, each of whom is forced to support herself.
Genre Mystery
Tags: Female author
Recommended: 21 Aug 2021

Mendelssohn is on the Roof by Jiri Weil EN

Czech Republic
Description:
SS Officer Juliyus Schlesinger is ordered to remove the statue of the Jewish composer Mendelssohn from the roof of the Prague Academy of Music before an official concert. Unsure which of the statues is Mendelssohn, he tells his men to remove the one with the biggest nose. Unfortunately, this is the statue of Wagner.
Genre Adult Historical
Tags: Set in CZECH REPUBLIC Male author
Recommended: 16 Nov 2022

My Heart Is At Ease by Gerta Solan EN