Recommended books (10)
Travel the world without leaving your chair. The target of the Read Around The World Challenge is to read at least one book written by an author from each and every country in the world. All books that are listed here as part of the "Read Around South America Challenge" were written by authors from Peru. Find a great book for the next part of your reading journey around the world from this book list. The following popular books have been recommended so far.

A Long Petal of the Sea : A Novel by Isabel Allende EN

Peru
Description:
NEW YORK TIMES BESTSELLER • From the author of The House of the Spirits, this epic novel spanning decades and crossing continents follows two young people as they flee the aftermath of the Spanish Civil War in search of a place to call home. “One of the most richly imagined portrayals of the Spanish Civil War to date, and one of the strongest and most affecting works in [Isabel Allende’s] long career.”—The New York Times Book Review NAMED ONE OF THE BEST BOOKS OF THE YEAR BY Esquire • Good Housekeeping • Parade In the late 1930s, civil war grips Spain. When General Franco and his Fascists succ... continue
Genre Historical Historical fiction Romance Adult
Tags: Set in CHILE War Female author
Recommended: 31 Oct 2022

Aunt Julia and the Scriptwriter by Mario Vargas Llosa EN

Peru
Description:
'A comic novel on the grand scale written with tremendous confidence and verve. Mario, 18-year-old law student and radio news-editor, falls scandalously for his Aunt Julia, the 32-year-old divorced wife of a cousin, and the progressively lunatic story of this affair is interwoven with episodes from a series of radio soap-operas written by his friend Pedro Comacho. Vargas Llosa's huge energy and inventiveness is extravagant and fabulously funny.' New Statesman
Genre
Tags: Male author
Recommended: 20 Feb 2022

Death in the Andes by Mario Vargas Llosa EN

Peru
Description:
Guatemala, 1954. A CIA-supported military coup topples the government. Behind this violent act is a lie passed off as truth, which forever changed the development of Latin America: that those in power encouraged the spread of Soviet communism in the Americas.
Genre Historical fiction
Tags: Set in GUATEMALA Male author
Recommended: 16 Oct 2022 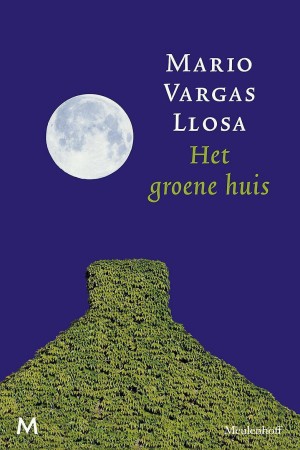 On Job by Gustavo Gutiérrez EN

Peru
Description:
One of this century's most eminent theologians addresses the eternal questions of the relationship of good and evil, linking the story of Job to the lives of the poor and oppressed of our world.
Genre
Tags: Male author
Recommended: 01 Feb 2021

Peru
Description:
Ricardo Somocurcio is in love with a bad girl. He loves her as a teenager known as 'Lily' in Lima in 1950, where she claims to be from Chile but vanishes the moment her claim is exposed as fiction. He loves her next in Paris as 'Comrade Arlette', an activist en route to Cuba, an icy, remote lover who denies knowing anything about the Lily of years gone by. Whoever the bad girl turns up as and however poorly she treats him, Ricardo is doomed to worship her. Gifted liar and irresistible, maddening muse - does Ricardo ever know who she really is?
Genre
Tags: Male author
Recommended: 22 Jun 2022

The Feast of the Goat by Mario Vargas Llosa EN

Peru
Description:
Returning to her native Domincan Republic, forty-nine-year-old Urania Cabral, discovers that Rafael Trujillo, the depraved dictator called the Goat by the Domincans, still reigns over his inner circle, which includes Urania's father, with brutality and blackmail, but soon an uprising against him will result in a revolution that will have profound consequences. Reprint. 30,000 first printing.
Genre
Tags: Female author
Recommended: 02 Jan 2018

The Time of the Hero by Mario Vargas Llosa EN

Peru
Description:
The Time of the Hero has been acclaimed by critics around the world as one of the outstanding Spanish novels of recent decades. In the author's native Peru, this powerful social satire so outraged the authorities that a thousand copies were publicly burned. The novel is set in Leoncio Prado Military Academy in Lima, where a group of cadets attempt to break out of the vicious round of sadistic ragging, military discipline, confinement and boredom. But their pranks set off a cycle of betrayal, murder and revenge which jeopardizes the entire military hierarchy. 'A work of undeniable power and ski... continue
Genre Satire
Tags: Male author
Recommended: 20 Feb 2022

Peru
Description:
A swashbuckling adventure story that reveals for the first time how Diego de la Vega became the masked man we all know so well Born in southern California late in the eighteenth century, he is a child of two worlds. Diego de la Vega's father is an aristocratic Spanish military man turned landowner; his mother, a Shoshone warrior. Diego learns from his maternal grandmother, White Owl, the ways of her tribe while receiving from his father lessons in the art of fencing and in cattle branding. It is here, during Diego's childhood, filled with mischief and adventure, that he witnesses the brutal in... continue
Genre Adventure
Tags: Set in UNITED STATES OF AMERICA Set in SPAIN Female author
Recommended: 06 Oct 2022

FIND BOOKS FROM PERU BY GENRE

FIND BOOKS FROM PERU BY LANGUAGE