Recommended books (13)
Travel the world without leaving your chair. The target of the Read Around The World Challenge is to read at least one book written by an author from each and every country in the world. All books that are listed here as part of the "Read Around Africa Challenge" were written by authors from South Africa. Find a great book for the next part of your reading journey around the world from this book list. The following popular books have been recommended so far.

South Africa
Description:
As startling and powerful as when first published more than two decades ago, André Brink's classic novel, A Dry White Season, is an unflinching and unforgettable look at racial intolerance, the human condition, and the heavy price of morality. Ben Du Toit is a white schoolteacher in suburban Johannesburg in a dark time of intolerance and state-sanctioned apartheid. A simple, apolitical man, he believes in the essential fairness of the South African government and its policies—until the sudden arrest and subsequent "suicide" of a black janitor from Du Toit's school. Haunted by new questions and... continue
Genre Historical fiction Political
Tags: Set in SOUTH AFRICA
Recommended: 10 Jan 2023

Born a Crime: Stories From a South African Childhood by Trevor Noah EN

South Africa
Description:
#1 NEW YORK TIMES BESTSELLER • More than one million copies sold! A “brilliant” (Lupita Nyong’o, Time), “poignant” (Entertainment Weekly), “soul-nourishing” (USA Today) memoir about coming of age during the twilight of apartheid “Noah’s childhood stories are told with all the hilarity and intellect that characterizes his comedy, while illuminating a dark and brutal period in South Africa’s history that must never be forgotten.”—Esquire Winner of the Thurber Prize for American Humor and an NAACP Image Award • Named one of the best books of the year by The New York Time, USA Today, San Francisco... continue
Genre Biography
Tags: Male author
Recommended: 14 Jan 2018

South Africa
Description:
The heroine in this actor's tour-de-force is an ordinary middle class English housewife. As she prepares egg and chips for dinner, she ruminates on her life and tells the wall about her husband, her children, her past, and an invitation from a girlfriend to join her on holiday in Greece to search for romance and adventure. Ultimately, Shirley does escape to Greece, has an "adventure" with a local fisherman and decides to stay. This hilariously engaging play was a hit in London and New York, performed by Pauline Collins, who later recreated her role on film garnering an Oscar nomination.
Genre Mystery Historical fiction Historical
Tags: Set in SOUTH AFRICA Male author
Recommended: 31 Dec 2017

South Africa
Description:
'A great novel by one of the finest authors writing in the English language today' The Times **A BBC BETWEEN THE COVERS BIG JUBILEE READ PICK** After years teaching Romantic poetry at the Technical University of Cape Town, David Lurie, middle-aged and twice divorced, has an impulsive affair with a student. The affair sours; he is denounced and summoned before a committee of inquiry. Willing to admit his guilt, but refusing to yield to pressure to repent publicly, he resigns and retreats to his daughter Lucy's isolated smallholding. For a time, his daughter's influence and the natural rhythms o... continue
Genre
Tags: Male author
Recommended: 21 May 2022

South Africa
Description:
Faith struggles to make sense of the complex world in which she lives and come to terms with the beliefs her society and upbringing have inculcated in her. This tale of courage, set against the backdrop of a chaotically divided country, recreates the voice of a young girl growing up during the height of apartheid unrest in South Africa.
Genre Memoir
Tags: Female author
Recommended: 18 Jan 2018

South Africa
Description:
The riveting memoirs of the outstanding moral and political leader of our time, A LONG WALK TO FREEDOM brilliantly re-creates the drama of the experiences that helped shape Nelson Mandela's destiny. Emotive, compelling and uplifting, A LONG WALK TO FREEDOM is the exhilarating story of an epic life; a story of hardship, resilience and ultimate triumph told with the clarity and eloquence of a born leader. 'Burns with the luminosity of faith in the invincible nature of human hope and dignity ... Unforgettable' Andre Brink 'Enthralling ... Mandela emulates the few great political leaders such as L... continue
Genre Biography Memoir Historical
Tags: Set in SOUTH AFRICA Male author
Recommended: 07 Apr 2022 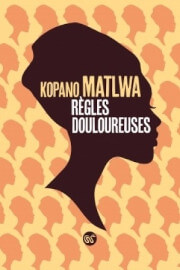 South Africa
Description:
Botswana village tales about subjects such as the breakdown of family life and the position of women in this society.
Genre Short story
Tags: Set in BOTSWANA Female author
Recommended: 01 Nov 2022

The Expedition to the Baobab Tree by Wilma Stockenstrom EN

South Africa
Description:
Wearily, I take the path to the river, there in the cool to fill my being with the sounds of my sister-being, to refresh myself in the modest scents of pigeonwood and mitzeerie, to let my gaze end in a tangle of monkey ropes and fern arches and the slowly descending leaves, and to find rest, all day long, all night long. A young slave girl accompanies her owner on an expedition into the African interior in search of a mythical city. In unfamiliar terrain, the party gets lost. One by one, our narrator's companions disappear, leaving her to take refuge in the hollow of a baobab tree. There, she ... continue
Genre Historical fiction
Tags: Set in SOUTH AFRICA Female author
Recommended: 08 Oct 2022