Recommended books (7)
Travel the world without leaving your chair. The target of the Read Around The World Challenge is to read at least one book written by an author from each and every country in the world. All books that are listed here as part of the "Read Around Europe Challenge" were written by authors from Belarus. Find a great book for the next part of your reading journey around the world from this book list. The following popular books have been recommended so far. 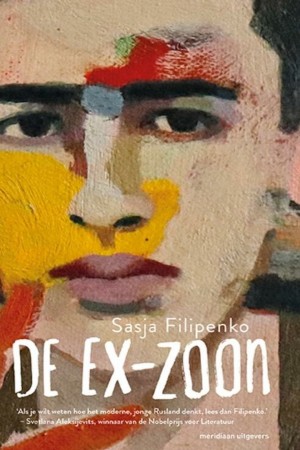 The Unwomanly Face of War by Svetlana Alexievich EN

Belarus
Description:
The long-awaited translation of the classic oral history of Soviet women's experiences in the Second World War - from the winner of the Nobel Prize in Literature Bringing together dozens of voices in her distinctive style, The Unwomanly Face of War is Svetlana Alexievich's collection of stories from Soviet women who lived through the Second World War: on the front lines, on the home front, and in occupied territories. As Alexievich gives voice to women who are absent from official narratives - captains, sergeants, nurses, snipers, pilots - she shows us a new version of the war we're so familia... continue
Genre
Tags: Female author
Recommended: 20 Feb 2022

Belarus
Description:
The people of Chernobyl talk about their lives before, during, and after the worst nuclear reactor accident in history which occurred on April 26, 1986 in Chernobyl.
Genre Historical
Tags: Set in UKRAINE Female author
Recommended: 06 Mar 2022

Belarus
Description:
This novel is a major literary discovery, and Odrach is drawing favorable comparisons with such eminent writers as Chekhov and Solzhenitsyn. Odrach wrote in Ukrainian, while living an exile's life in Toronto. This remarkable book is a microcosm of Soviet history, and Odrach provides a first-hand account of events during the Stalinist era that newsreels never covered. It has special value as a sensitive and realistic portrait of the times, while capturing the internal drama of the characters with psychological concision. Odrach creates a powerful and moving picture, and manages to show what lif... continue
Genre
Tags: Male author
Recommended: 07 Sep 2022

FIND BOOKS FROM BELARUS BY GENRE

FIND BOOKS FROM BELARUS BY LANGUAGE