Recommended books (8)
Travel the world without leaving your chair. The target of the Read Around The World Challenge is to read at least one book written by an author from each and every country in the world. All books that are listed here as part of the Read Around North America Challenge were written by authors from cuba. Find a great book for the next part of your reading journey around the world from this book list. The following popular books have been recommended so far.

Cuba
Description:
What if some of our greatest theologians wouldn't be considered theologians at all? Kat Armas, a second-generation Cuban American, grew up on the outskirts of Miami's famed Little Havana neighborhood. Her earliest theological formation came from her grandmother, her abuelita, who fled Cuba during the height of political unrest and raised three children alone after her husband passed away. Combining personal storytelling with biblical reflection, Armas shows us how voices on the margins--those often dismissed, isolated, and oppressed because of their gender, socioeconomic status, or lack of edu... continue
Genre
Tags: Female author
Recommended: 06 Aug 2021

Cuba
Description:
Based on unprecedented research in Cuba, the direct testimony of scores of Cuban musicians, and the author's unique experience as a prominent jazz musician, Cubano Be, Cubano Bop is destined to take its place among the classics of jazz history. The work pays tribute not only to a distinguished lineage of Cuban jazz musicians and composers, but also to the rich musical exchanges between Cuban and American jazz throughout the twentieth century. The work begins with the first encounters between Cuban music and jazz around the turn of the last century. Acosta writes about the presence of Cuban mus... continue
Genre
Tags: Set in CUBA Male author
Recommended: 01 Nov 2022

Of Women and Salt : A Novel by Gabriela Garcia EN

Cuba
Description:
AN INSTANT NEW YORK TIMES BESTSELLER THE WASHINGTON POST NOTABLE BOOK OF 2021 A GOOD MORNING AMERICA BOOK CLUB PICK WINNER of the Isabel Allende Most Inspirational Fiction Award, She Reads Best of 2021 Awards • FINALIST for the 2022 Southern Book Prize • LONGLISTED for Crook’s Corner Book Prize • NOMINEE for 2021 Goodreads Choice Award in Debut Novel and Historical Fiction A sweeping, masterful debut about a daughter's fateful choice, a mother motivated by her own past, and a family legacy that begins in Cuba before either of them were born In present-day Miami, Jeanette is battling addiction.... continue
Genre Cultural Historical
Tags: Female author
Recommended: 23 Jun 2022 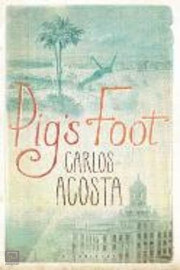 The Daughter's Tale : A Novel by Armando Lucas Correa EN

Cuba
Description:
INTERNATIONAL BESTSELLER “[B]reathtakingly threaded together from start to finish with the sound of a beating heart.” —The New York Times “Searing.” —People “Immersive, both heartbreaking and redemptive, steeped in harrowing historical events and heroic acts of compassion that will have you reflecting on the best and worst the human heart has to offer.” —Lisa Wingate, New York Times bestselling author of Before We Were Yours From the internationally bestselling author of The German Girl, an unforgettable family saga exploring a hidden piece of World War II history and the lengths a mother will... continue
Genre Historical fiction
Tags: Set in GERMANY Male author
Recommended: 16 Nov 2022

The Mambo Kings Play Songs of Love : A Novel by Oscar Hijuelos EN

Cuba
Description:
From FSG Classics, a special twenty-fifth anniversary edition of Oscar Hijuelos's beloved Pulitzer Prize-winning novel It's 1949 and two young Cuban musicians make their way from Havana to the grand stage of New York City. It is the era of mambo, and the Castillo brothers, workers by day, become stars of the dance halls by night, where their orchestra plays the lush, sensuous, pulsing music that earns them the title of the Mambo Kings. This is their moment of youth, exuberance, love, and freedom--a golden time that decades later is remembered with nostalgia and deep affection. Hijuelos's marve... continue
Genre Historical
Tags: Male author
Recommended: 20 Feb 2022

The Night Travelers : A Novel by Armando Lucas Correa EN

Cuba
Description:
Four generations of women experience love, loss, war, and hope from the rise of Nazism to the Cuban Revolution and finally, the fall of the Berlin Wall in this sweeping novel from the bestselling author of the “timely must-read” (People) The German Girl. Berlin, 1931: Ally Keller, a talented young poet, is alone and scared when she gives birth to a mixed-race daughter she names Lilith. As the Nazis rise to power, Ally knows she must keep her baby in the shadows to protect her against Hitler’s deadly ideology of Aryan purity. But as she grows, it becomes more and more difficult to keep Lilith h... continue
Genre Historical Historical fiction
Tags: Set in GERMANY Male author
Recommended: 31 Oct 2022

The Poet Slave of Cuba: A Biography of Juan Francisco Manzano by Margarita Engle EN

Cuba
Description:
Born a slave, raised by a woman not his mother, and denied an education, Juan overcame all the personal obstacles he faced as a child in order to reach freedom, pursue his natural talents, and become the celebrated poet he was destined to be.
Genre Biography
Tags: Female author
Recommended: 29 Sep 2018

FIND BOOKS FROM CUBA BY GENRE

FIND BOOKS FROM CUBA BY LANGUAGE