Recommended books (4)
Travel the world without leaving your chair. The target of the Read Around The World Challenge is to read at least one book written by an author from each and every country in the world. All books that are listed here as part of the "Read Around Africa Challenge" were written by authors from Angola. Find a great book for the next part of your reading journey around the world from this book list. The following popular books have been recommended so far.

A General Theory of Oblivion by Jose Eduardo Agualusa EN

Angola
Description:
Told in a charming and original voice, Good Morning Comrades is the story of a group of friends who create a perfect childhood in a revolutionary socialist country fighting a bitter war. An internationally acclaimed novel, already published in half a dozen countries, Good Morning Comrades is an unforgettable book by one of Africa's most exciting young writers.
Genre Romance
Tags: Set in ANGOLA Male author
Recommended: 20 Feb 2022 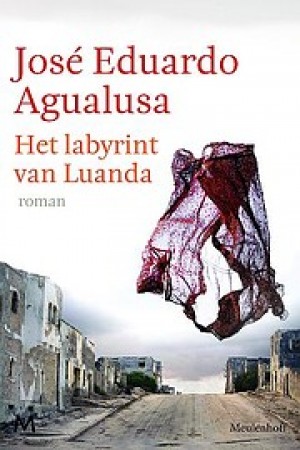 Angola
Description:
Celebrated Angolan musician Faustino Manso has just died, leaving seven wives and eighteen children scattered across southern Africa. His youngest daughter, Laurentina, arrives in Angola from her home in Portugal to trace the story of the father she never knew. My Father's Wives is the story of Laurentina's journey, but this fiction also runs in parallel with Jose Eduardo Agualusa's story of the novel's genesis, as writer and characters travel the southern African coast, from Angola, through Namibia and South Africa, to Mozambique, meeting extraordinary people and discovering Faustino's secret... continue
Genre Romance
Tags: Set in ANGOLA Male author
Recommended: 26 Dec 2022

FIND BOOKS FROM ANGOLA BY GENRE

FIND BOOKS FROM ANGOLA BY LANGUAGE