Recommended books (12)
Travel the world without leaving your chair. The target of the Read Around The World Challenge is to read at least one book written by an author from each and every country in the world. All books that are listed here as part of the "Read Around South America Challenge" were written by authors from Brazil. Find a great book for the next part of your reading journey around the world from this book list. The following popular books have been recommended so far.

Dona Flor and Her Two Husbands : A Moral and Amorous Tale by Jorge Amado EN

Brazil
Description:
It surprises no one that the charming but wayward Vadinho dos Guimaraes–a gambler notorious for never winning—dies during Carnival. His long suffering widow Dona Flor devotes herself to her cooking school and her friends, who urge her to remarry. She is soon drawn to a kind pharmacist who is everything Vadinho was not, and is altogether happy to marry him. But after her wedding she finds herself dreaming about her first husband’s amorous attentions; and one evening Vadinho himself appears by her bed, as lusty as ever, to claim his marital rights.
Genre Magical realism Romance Fantasy
Tags: Set in BRAZIL Male author
Recommended: 20 Feb 2022

Brazil
Description:
Data is fundamental to the modern world. From economic development, to healthcare, to education and public policy, we rely on numbers to allocate resources and make crucial decisions. But because so much data fails to take into account gender, because it treats men as the default and women as atypical, bias and discrimination are baked into our systems. And women pay tremendous costs for this bias, in time, money, and often with their lives. Celebrated feminist advocate Caroline Criado Perez investigates the shocking root cause of gender inequality and research in Invisible Women​, diving into... continue
Genre Feminism Political
Tags: Female author
Recommended: 11 Sep 2022

It Is Wood, It Is Stone : A Novel by Gabriella Burnham EN

Brazil
Description:
"Takes place over the course of a year in Säao Paulo, Brazil, [where] which two women's lives intersect: Linda, an anxious and restless American ... and [her] skilled maid Marta, [who] has more claim to Linda's home than she can fathom. [This is a] debut novel by young Brazilian American author Gabriella Burnham ... about women whose romantic and subversive entanglements reflect on class and colorism, sexuality, and complex, divisive histories"--
Genre Adult
Tags: Set in BRAZIL Female author
Recommended: 10 Jun 2022 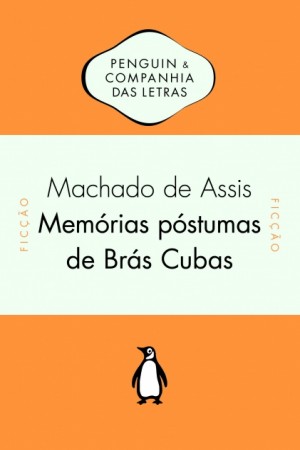 Stjernens time by Clarice Lispector NO

The Alchemist by Paulo Coehlo EN

Brazil
Description:
"My heart is afraid that it will have to suffer," the boy told the alchemist one night as they looked up at the moonless sky." Tell your heart that the fear of suffering is worse than the suffering itself. And that no heart has ever suffered when it goes in search of its dreams." Every few decades a book is published that changes the lives of its readers forever. The Alchemist is such a book. With over a million and a half copies sold around the world, The Alchemist has already established itself as a modern classic, universally admired. Paulo Coelho's charming fable, now available in English ... continue
Genre Fantasy Folklore Philosophical Adventure Spirituality
Tags: Set in SPAIN Male author
Recommended: 11 Jan 2018

The Name of Death by Klester Cavalcanti EN

Brazil
Description:
The powerful true-life story of a Brazilian boy who could have been a fisherman but instead became the biggest professional killer known to the world--soon to be a major motion picture. Julio Santana as seen through the eyes of acclaimed investigative reporter Klester Cavalcanti is not a monster--he is a loyal son, a family man, a devout Christian who is tormented by his conscience with every shot. But in a cruel and lawless area of Brazil, where every life has its price, respect for life is a luxury that he can't afford. Trained by his uncle, an assassin, and initiated in murder at 17 years o... continue
Genre Crime Mystery
Tags: Set in BRAZIL Male author
Recommended: 10 Jun 2022

FIND BOOKS FROM BRAZIL BY GENRE

FIND BOOKS FROM BRAZIL BY LANGUAGE